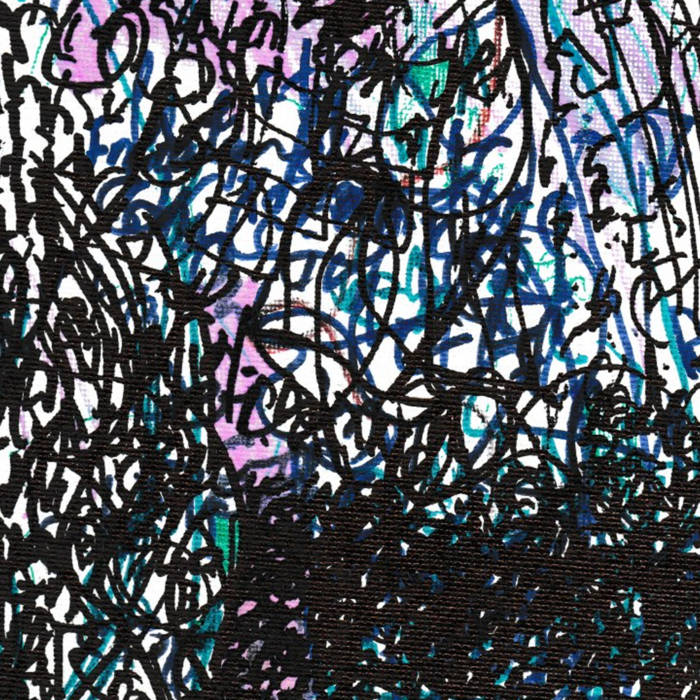 I began work on this album on June 1st. Taking my time and stringing together sounds and noises from the internet, music, instruments & field recordings. During the creation of this album, I pushed myself as much as I could to make something that I could look back on and not hate, not think that It could be easily replicated by someone, somewhat close to something original.

"E-x-t-r-e-m-e cut-up from the Land Of Zea! I'm hearing a megaton of Dave Phillips in this (found sound, "musique concrete", nibbling on microphones etc) channeled through the surgically tight edits of K2. It's not so much "noise" as a highly controlled spray of nearly unidentifiable sound-pastiches. One literal second you think you hear analog radio static, the next literal second could be an abrupt segue into someone vomiting...or garbage trucks crashing...or a single word of dialog from a european television commercial...all seamlessly and near endlessly looped, overlapped, or even just lined up one after the other in rapid-fire and schizophrenic succession. This end of the experimental scene has always been highly limited in appeal, but when done right it can take you to places that no traditional forms of rhythm and melody will ever be capable."

"It is ALWAYS a good thing 2 hear something completely new. And that new stuff is all the way from the homeland of Mordor, Shire... Yep, you guessed it, New Zealand! In this place lives the headmaster Jacob Levesque who is behind the experimental label called The Dark Thursday (Remember the earlier review Transgressia?). He is also working on several projects, which you have a clear overview on Discogs (Link below). And so in this month, he has released this interesting release, with an, even more, intriquing title called Move, Work, Architectural Witch. So let me try to describe what this is.

It´s not harsh noise, dungeon synth, industrial, wall etc etc.. It´s interesting cut up samples sound-collages, done in a VERY stimulating fashion. Sounds of various instruments clatter around, jumping from one high speaker to another. Conversations jump up and down, back and forth and then get´s choppered up through a helicopter blade. Back again with a recording in a room with some guys just chatting about photographs, videos, and stuff. Someone ends up singing Soundgarden (Suicide etc exc, ends up laughing). Later they are laughing about some Asian guy doing some kind of weird music/video shit. Next track bashes your head in with a nasty guitar sound, conversations still jump in and out like some Burroughs cut up dream. A recording is there, which sounds like a hair trimmer cutting some hair. Another recording jumps in with nice sounding drums, it then collides into a mess of guitars, violins, flutes and percussion instruments. Sounds like aliens have invaded some music studio. The sound of tapes being played while being played really fast, is also there. All end up with 2 bonus tracks, both being under 2 minutes long. Both being more in the harsh noise section, but still having that anarchic avant-garde fusion vibe going on.

Woawww... And then it ends... Lots of sound, lots of speed, lots of ... Well, EVERYTHING! ... The kind made me happy listening 2 it. Some of it reminded me of the sort of humor you might find on a record with Nurse With Wound, and the cup-up sound took me back to early Severed Heads. It´s very surreal, it´s exciting to hear... Lots of Action! .. Feeling bored by harsh noise/wall etc ... Then this could cure you!"

KN / Yeah I Know It Sucks

"I had no idea what was going on when listening to ‘bee sludge’ , but I didn’t feel bothered by not knowing what was going on. It felt to me like that was all part of the plan, the conceptual concept of some kind; bringing so much sounds and snippets in a rapid speed to a stranger’s speakers, that it would be mind boggling & wonder what this all is and would be. I soon gave up trying to make sense of it all, just playing it all like a construction of sounds that create a experimental background that is ultimately busy like a mental jazz performance from a far ahead future. (The future is now, people!) One in which nothing is too weird and all noises are upgraded to be music instruments. It’s a glitchy spectacle and there might not be much to understand, which might be the whole point of this sludge of audio that gets fired your way…

With ‘Destructive Mobile Render’ the producer doesn’t make it much easier or more relaxed; giving a whole assortment of (probably) mobile sounds, quickly cut and pasted, freaked out in a track that lovers of glitch would dig, love and cherish. For others it’s like a nonstop puzzle of ‘what the f is going on’… personally I’ve never been very good at puzzles & this is throwing my head in all kinds of directions; did this somehow bring me to a telephone center in India?

With ‘Keiichi Tanaami’s Goldfish Fetish’ a new kind of audio puzzle for us to solve is presented. It’s like a hearing play; one in which you can sneak in a conversation between two people who watch something that they like or are intrigued by. It’s probably someone named keiichi tanaami shoving up a gold fish up its ass… but than again, I’m not a good puzzle solver. The more reason you could check out this material for yourself and get your virtuous gamer’s hat on.

The last puzzle is ‘Spaceman Soot’, as expected it is a next level one. I can hear guitar stuff, snippets of voices, electric machinery (is that a electric razor?) blips and blobs, sound recordings, drums, cuckoo flutes, cartoon madness… gosh I really need to call the home front for more hints, set in a bonus card to solve it all; to me it’s a unsolvable puzzle full puzzle pieces & I have no idea how to connect them together to create a full fitting image. Maybe you have the skills? Maybe you could help?"