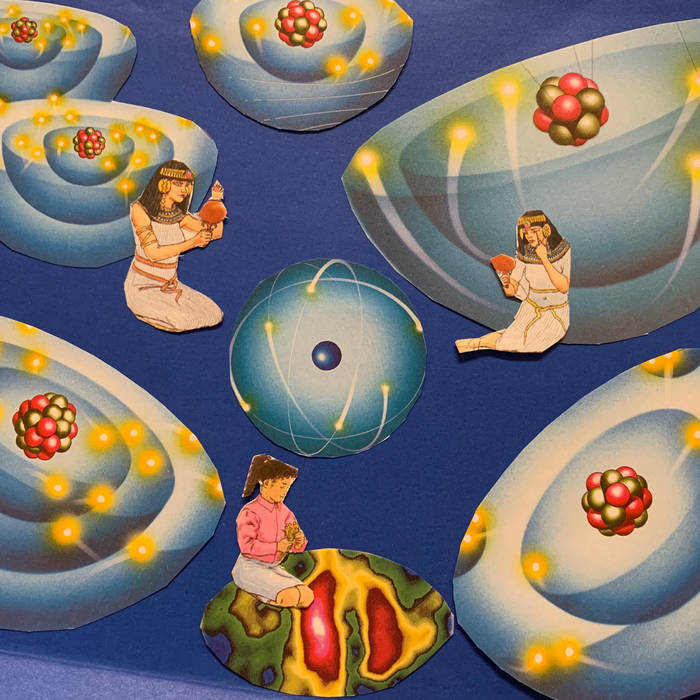 It's a pretty and cute outing into some synth work with some glitches and some ominous sections that almost reach the dungeon synth realm at points. There is a lo-fi sheen on some tracks, others are a bit more clean, this makes for an interesting experience tonally.

First is Easy Listlessing.
It starts with some wobbly synths, accompanying synths come in in quite a beautiful way. Strangely, it feels nostalgic, the only connection I can make being that it is similar in vibe to the Twin Peaks opening theme (not something I watched a long time ago). It is a really cosy way to open the release.

Then we have Cosmic Relief.
It is a short, airy piece. It immediately came to mind to describe it as Eldritchian as it feels unearthly and unsettling. It is where the more clean sound first makes an appearance, changing the general sound in a interesting way and making for a more varied release in general.


The third track is Buddha Belly, Casus Belly.
The lo-fi feel returns on this piece. It is more of a loop based track, reminding me somewhat of Amulets' tape loop work. It develops into glitching at a point, a much welcome turn and break up in the track. When I'm listening to loop based stuff, I do like glitches and breaks in the loops, either more digital breaks or those similar to disintegration in more conventional damaged tape loops.

Track four is White Wolf.
As a fan of The Witcher 3, I sort of hoped this title was a reference to one of Geralt's many aliases. There is nothing to indicate this. What there is though are some bell sounds at first. They are reverby and again quite pretty. Some airy synths return to surround the bells, adding a touch of that Eldritchian atmosphere from Cosmic Relief. A reprise if you will.

And to round the release off, we have Transfigment.
Transfigment starts with some twinkly keys playing a melody. There is some noticeable room sound that makes the whole track particularly comfy. It then changes to some string sounds, giving my the dungeon synth vibe and an Age of Empires vibe. It really took me by surprise, far more tangible nostalgia, unlike the loose connection to Twin Peaks in track one. I did actually play a lot of AOE as a child and teenager. It continues into some metallic, steel drum like sounds. Another interesting deferment of lead instrument choice in the track, it cycles me through vibes within this generally comfortable, dungeon synthy cocoon. At the end of the track, things turn almost violently sour, as the held notes are discordant and immediate. It certainly leaves a lasting impression.

This is cute, pretty, nostalgic, unsettling and Eldritchian at points. If that sounds right for you, then give it a listen.